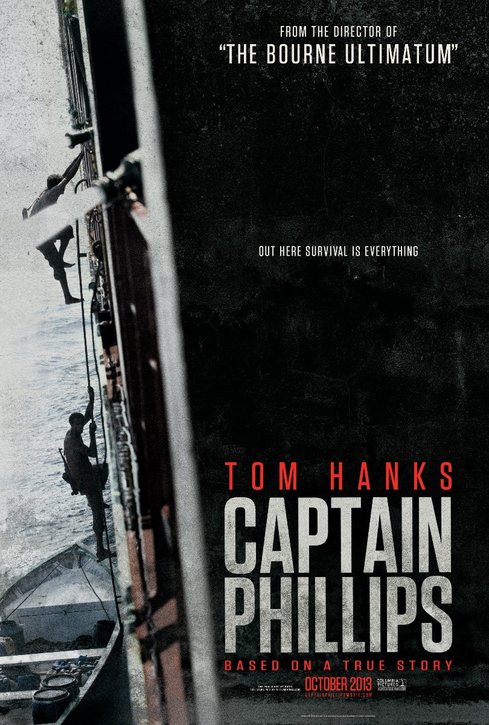 (Note: this essay explores the use of true life events as inspiration for films. Consideration and commentary is made on the movie Captain Phillips, which narrates the story of the events on the Maersk Alabama, off the Somali coast).

A special, perhaps rubberneck, curiosity is aroused with the words: “Based on True Events.”  But the old adage “truth is stranger that fiction” does not always apply when it comes to movies.  While compelling tales do make up the stuff of movies, a “ripped from the headlines” story is not enough to make an outstanding movie: a Big Movie.  Paraphrasing Alfred Hitchcock: suspense comes from real action between crafted boring parts.

Many films fall under the category of “true story” (for a comprehensive Wikipedia list click here). Quite a few are fictionalized or romanticized biographies, notable examples of which include The Sound of Music, Bonnie and Clyde and Butch Cassidy and the Sundance Kid. Truer biographical representations can encompass an entire life (The Iron Lady) or a significant event in the life (Lincoln). Fictional tales enveloped around a true event (i.e. Titanic, or Gangster Squad) are common ways of using “real life” in movies. But what we are looking for here is a historic, dramatic event or series of events that transform real, not fictional, people around them.

The transformative value of a story is what makes it a compelling one. The second, third and more layers of meaning in the telling make it a great one; and classic, well laid structure and elements keeps it riveting. When a story centers around one event, even if it is extremely dramatic, to make a movie the filmmaker needs to add to it. That is why, for example, there are many movies around the sinking of the Titanic, as watchable and different as A Night to Remember (1959), the aforementioned Titanic (1997) and, of course,  some really unmentionable sinkers.

Inevitably, a point of view filters any interpretation of real life events… if the movie is worth its salt.  Events can be crystallized to show the “winner’s” point of view by the filmmaker in larger than life situations.  That is the case, for example, in the early masterpiece The Battleship Potemkin, a superb use of film for propaganda purposes to illustrate the rightful rage and rise of the proletariat; or in The Longest Day, illustrating the noble cause and savvy of the allies during the Normandy invasion on D-Day. But situations in a single life can be deeply impacting too, showing us reserves within the human spirit, like in 127 Hours.  Even inconsequential events can inspire deep social critique, as in the exceptional film The Bling Ring. 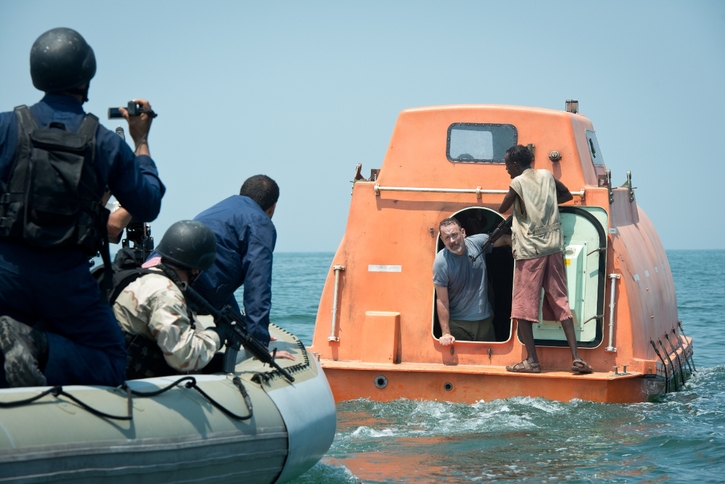 Recently, a spate of movies celebrating the heroics of the security and armed forces of the US have hit the screens.  Which brings us to Captain Phillips. The Captain’s tale is certainly a harrowing one. No spoilers here for anyone who has been vaguely aware of the news over the last five years. Off the pirate ridden coast of Somalia, Captain Richard Phillips’ US flagged merchant freighter is boarded and seized. He ends up in the ship’s lifeboat with the four pirates and is eventually rescued by Navy Seals in a much heralded, clockwork operation. One pirate survives.

Upon viewing Captain Phillips, we can see how good Argo  and Zero Dark Thirty really are. Both these films recreate the tension of events they are based upon, as does Captain Philips, yet raise the stakes to issues larger than those of the events themselves. In these films, just as in Captain Phillips, the final outcome of the story is a given;  but there is more to them than the story told. In these movies, the morality questions of US foreign involvement or the use of torture are raised.  No sides are taken on these questions, but they are driven home as subtext; a subtext meant to affect the interpretation of the film in a larger context. While Captain Phillips does mention at some point the supposed plight of fishermen turned to pirates and includes some Stockholm syndrome moments, these seem out of context, inserted, and come across as lip service, not as broader issues.

In both Argo and ZD30 the institutional/bureaucratic sides are portrayed robustly and unlikely heroes emerge from that rigid governmental machine. Heroes focused on their mission and driving the action. These characters, Tony Mendez in Argo and the (perhaps) composite character of Maya in ZD30 are true Main Characters, in the sense that the audience can identify with them and their emotional ride. A big problem in Captain Phillips is that its main character comes across as a victim, not a hero. The heroes, the rescuers, are anonymous and faceless trigger pulling bureaucrats. As a victim, Tom Hanks’ last scene is flawless, masterful acting but, while creating sympathy, identification and empathy lack.  Not because of Hanks’ portrayal, but because of the nature of the character. We feel for him, not with him. The acting in this scene is done masterfully and impeccably and through it Tom Hanks truly shows  why he should be considered one of the great actors of our time.

Perhaps the sense of incompleteness after seeing this film is about expectations gone awry, unfulfilled. After all, it stars Tom Hanks and is based on a very dramatic event;  and some recent films have made great cinema on the topic of heroic defense forces. Unfortunately, this movie stuck too close to the single event, not transcending with significance beyond what transpired between April 8th and 12th, 2009 off the coast of Somalia in the Gulf of Aden.

Other notable “Based on True Events” movies: