See Also: AWARD WORTHY and THE INDEPENDENTS and ALL FILMS IN AWARD CATEGORIES

Boyhood, written and directed by Richard Linklater (Before… trilogy, among others) is an excellent film, no doubt. It is also a heroic piece of filmmaking, following the same group of actors over the course of twelve years. Surrounded and protected by a great cast, including Ethan Hawke and Patricia Arquette, the boy, Mason Jr., outstandingly portrayed by Ellar Coltrane goes through many crises as he grows from winsome child to cool college-bound teen. As he and his sister Samantha, well played by Lorelei Linklater, go through the “awkward” phase of growth, one of the mysteries is, really, what will they end up as?

But for filmmakers and writers the most intriguing aspect of this film is the growth in the film itself. Mirroring somehow the growth of these kids, the script and dialogue gets better as it moves forward. The film reveals the growth in the craft of Linklater himself, as there are no possibilities of reshoots or rewrites.  And that is growth for everyone.

The Making of Boyhood – A Movie Business Story (NY Times). 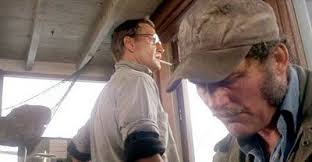 "You're gonna need a bigger boat." 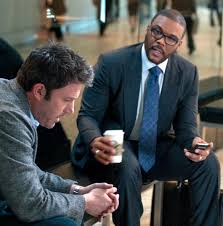