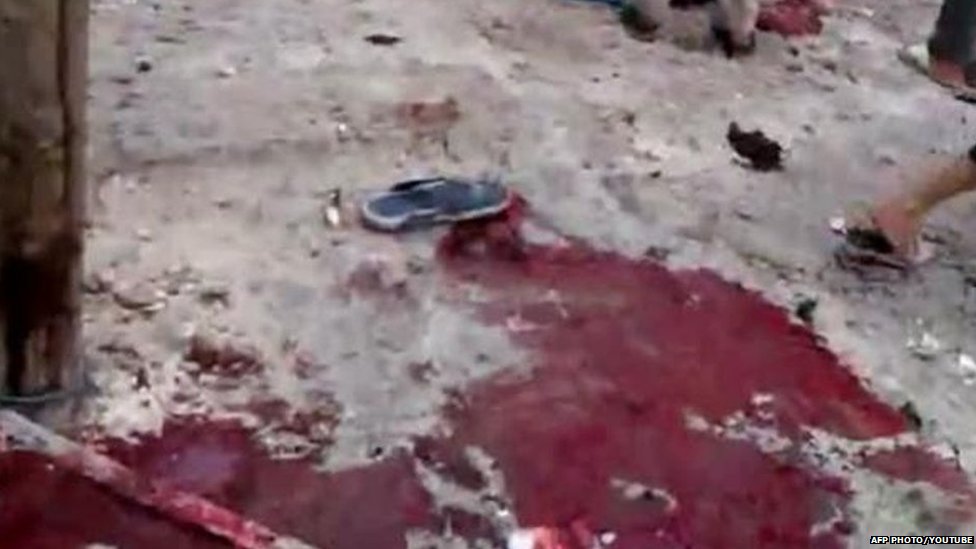 Human beings are complicated, and there is nothing more complicated in human endeavor than war. War mixes emotion, passion, rationalization and intellectual capacity into a grinding blender mix out of which humankind tries to make sense of a situation that on the face of it, does not. As participants, survivors or observers it is natural to take sides and glorify one and demonize the other. It is the natural thing to do: make a simple black & white profile in our mind and pass any and all information and messages regarding the conflict through that filter. That is why the purveyors of such messages have grave responsibility. And filmmakers are not exempt from such responsibility.

The controversy surrounding American Sniper is justified. Imagine a film depicting a courageous, righteous man that, after tragedy strikes his country, leaves his former life as an Olympic champion behind to become a soldier, heroically protecting his buddies, country and family against ruthless invaders that trample the values for which he and his country stand for and is given a hero’s burial after his tragic death.  Just imagine if this hero was “Mustafa” the fictitious sniper antagonist of Chris Kyle in American Sniper and the movie was made by the terrorist group ISIL. Such a film would properly be labeled for what it is: propaganda. Seth Rogen had it right the first time: American Sniper is like that film within a film about a heroic sniper with over 200 kill shots that the Nazi big goats were so proud of in Inglourious Basterds.  That is wrong, and especially wrong for the erroneous depiction of the true nature of Chris Kyle’s heroism.

As said, human beings are complicated and Chris Kyle most definitely was, but that does not come across in this movie. Everything in this movie is meant to strip the humanity of its protagonist and make him a superhuman fighting for the right side, blurring the lines wherever it may be necessary and sharpening the edges where it is convenient. His only kryptonite his own family and home, interfering with the greater mission and glory.

Screenplay vs. Movie vs. Story

There are always differences between a filmed movie and its screenplay. In this instance three choices made by the director change the character of the movie significantly—blurring those lines, sharpening those edges.

In the first few minutes of the movie Young Chris shoots a deer and kills it: a skilled marksman from a young age. In the screenplay, he approaches the deer and it is still alive. He is reluctantly forced to slit the young deer’s throat. This is a different character trait, makes him more human. Probably this scene would not play well in front of audiences unprepared to see an eight year old do such an act and could taint the superhero image through the rest of the movie in many an audiences’ mind.

In the second instance, in the screenplay Kyle fails a qualifying test during his Navy Seal training. In an underwater dive his ears pop and bleed. His fellow classmates are shipped out for other training and he is left behind, having failed the physical and finally falling into sniper training by default. Becoming a sniper is a choice, not a calling; and a second best choice at that. Again, a little more human, vulnerable even. This episode was omitted from the final movie.

There are many other differences, some natural in filmmaking, and some others minor. But the third instance I would like to point out changes the nature of the relationship between the troops, the nationals and the insurgents—a major, conscious decision by the filmmaker.

Big Spoiler Alert. During Kyle’s third tour he is placed in charge of a group seeking a notorious AQI (Al-Qaeda in Iraq) henchman believed to be the second in command of that insurgent group and nicknamed “The Butcher” whom we have met before during the film in a savage display of enforcement.  After setting up in an occupied apartment across the street from where they believe The Butcher is holed up, Kyle realizes that the head of the household (Father, in the script) is in fact a probable AQI insurgent. Forced by Kyle, Father goes to the hideout to help the troops breach under cover. In the ensuing gunfight, Father dies.

Here comes the difference: in the movie, Kyle manages to shoot and kill The Butcher, and then an angry crowd carries The Butcher’s body towards the troops, protesting the death and threatening the troops, so they have to scramble out. It is portrayed in the movie that the townspeople are aligned with The Butcher and against the troops that killed him. In the screenplay, however, The Butcher escapes and the body carried is that of Father, a neighborhood man. Kyle argues with a local Cleric about The Butcher and how the troops are trying to protect the locals from monsters like The Butcher. The Cleric counter argues that they can protect themselves; they don’t need foreign troops for that. Later, in the screenplay, this same Cleric will deliver a bound, gagged and tortured Butcher to the military base. (Spoiler done).

In no instance during the movie is it argued that the locals have a stake. In fact, they are labeled as “savages” throughout, demonized and abstracted completely.  This maintains the “Cowboys & Indians” underlying feel of the movie, to the extent of replicating a scene we have seen before: savages circling and storming a fort where our heroes will likely die a horrible death, as in any Frontier Fort in a western or, maybe, The Alamo.

This movie is a propaganda film, and it is a disservice to the memory of Chris Kyle and his fellow veterans. It makes Kyle into a superhero, fighting evil wherever it may be, and glorifies his feats as a sniper over any other. The character in the movie shrugs off with a smug smile his moniker “The Legend”, while the real Kyle was apparently uncomfortable with it. In the film there is no questioning of evil’s nature and no questioning of why the heroes are in Iraq as a consequence of 9/11, when it is a historical fact that there was no direct connection between the two and that the Iraqi war was initiated by the US governement under false pretenses.

Any dissent regarding the righteousness of this war is squashed. During Marc Lee’s funeral (glossing over the fact that Lee was the first Navy Seal killed in Iraq) Lee is quoted from a posthumous letter as saying: 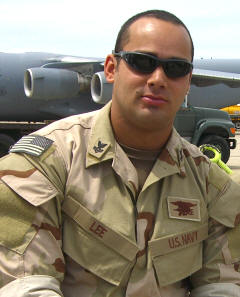 “Glory is something some men chase and others find themselves stumbling upon. My question is, when does glory fade away and become a wrongful crusade? When does it become an unjustified means by which one is completely consumed?”

Kyle’s reaction to his wife:

“An AQI informant called in a tip. Biggles had just been shot. We were operating off emotion and– we walked into an ambush. But that’s not what killed him. That letter did. That letter killed Marc Lee. He let go and he paid the price for it.”

This is a movie that blatantly seeks out your gut, your raw emotion, wants you to overcome any rational thought or logic. Eastwood, the director, does not want any possible interference with the audience’s sympathy towards the hero. He is going for a black and white portrayal of good vs. evil, of us vs. them. He goes strong for the double theme: “There are three types of people in this world. Sheep, wolves and sheepdogs.” And “Some people prefer to believe that evil doesn’t exist in the world.” That is what this movie is about, and it is why it is being ping-ponged in a supposed culture war.

It is odd that the same man who made this movie gave us with such Oscar winning force the line: “It’s a hell of a thing; killin’ a man. You take away all he’s got and all he’s ever gonna have.”

American Sniper: the Fiction, the Facts.

The controversy on the movie centers on real life Kyle and his legacy. Heated arguments are made about whether he was a brave hero or a cowardly murderer by pundits who have not even seen the movie. Laid by the wayside of this controversy is whether this movie is good as film. Let us get that out of the way: It is a well structured story, with good acting.  It has an odd plastic baby. It has visual clichés and tropes from old westerns, including costuming bad guys in black. It is not especially innovative either visually, cinematographically, technically or story wise. It is a well made simple Cowboys & Indians tale, as satisfying as any old fashioned movie with a powerful marketing machine, but not especially challenging as a film. And it is a propaganda film that could be used as recruiting tool both by the Navy Seals and by ISIL.

Read more on War Movies from A Film Look.

Kyle’s legacy is obscured and confusing. Even in the film, he is reluctant as far as the label of “deadliest sniper” goes. Yet in real life he obviously delved in braggadocio about it. Heck, he even wrote a book about it! A book which includes undocumented and unverifiable tales (and legally determined slanderous ones) boasting of actions of lone wolf heroism. Such as the tale of going to New Orleans in the aftermath of Hurricane Katrina to perch up as a sniper on the roof of the Superdome and shoot down whoever he decided were bad guys;  or the one where he shot dead two carjackers, whose bodies were never found. Unverified stories, but part of the Kyle legend. Kyle was affected by PTSD, no doubt, and was able to overcome it for the most part—perhaps except for the overcompensating with wild tales part.

But actions speak louder than words. What he did with fellow veterans is heroic. He started a foundation out of his security company that allows wounded vets greater mobility and freedom at home and rehabilitates them in a better environment with innovative equipment and methods.

The rate of people in the military during WWII was close to 12%, one out of eight Americans. It currently is around 0.5% one out of 200. Kyle was caring for an especially ignored part of that 0.5%.  The survival rate from Iraq and Afghanistan field casualties is the highest from any war because of better, quicker and effective medical treatment on the field. What that means is that there are more traumatically and severely injured surviving vets than from any previous war—both physically and mentally. Kyle’s effort through his company and associated foundation towards the improvement of the lives of these vets is his true legacy. They are the lives he saved.  But it is not as cinematographic.

Heroism is about lives saved, about changing our society for the better in a moral sense. Focusing American Sniper on Kyle’s skill at killing people with a long rifle is not a hero’s tale. It is a good guys vs. bad guys movie, like Star Wars. But unlike Star Wars it confuses the message because it purports to be about real life in our real world. And movies have messages. Letting the message gravitate around the barking nature of the sheepdog instead of its caring nature misses the mark. 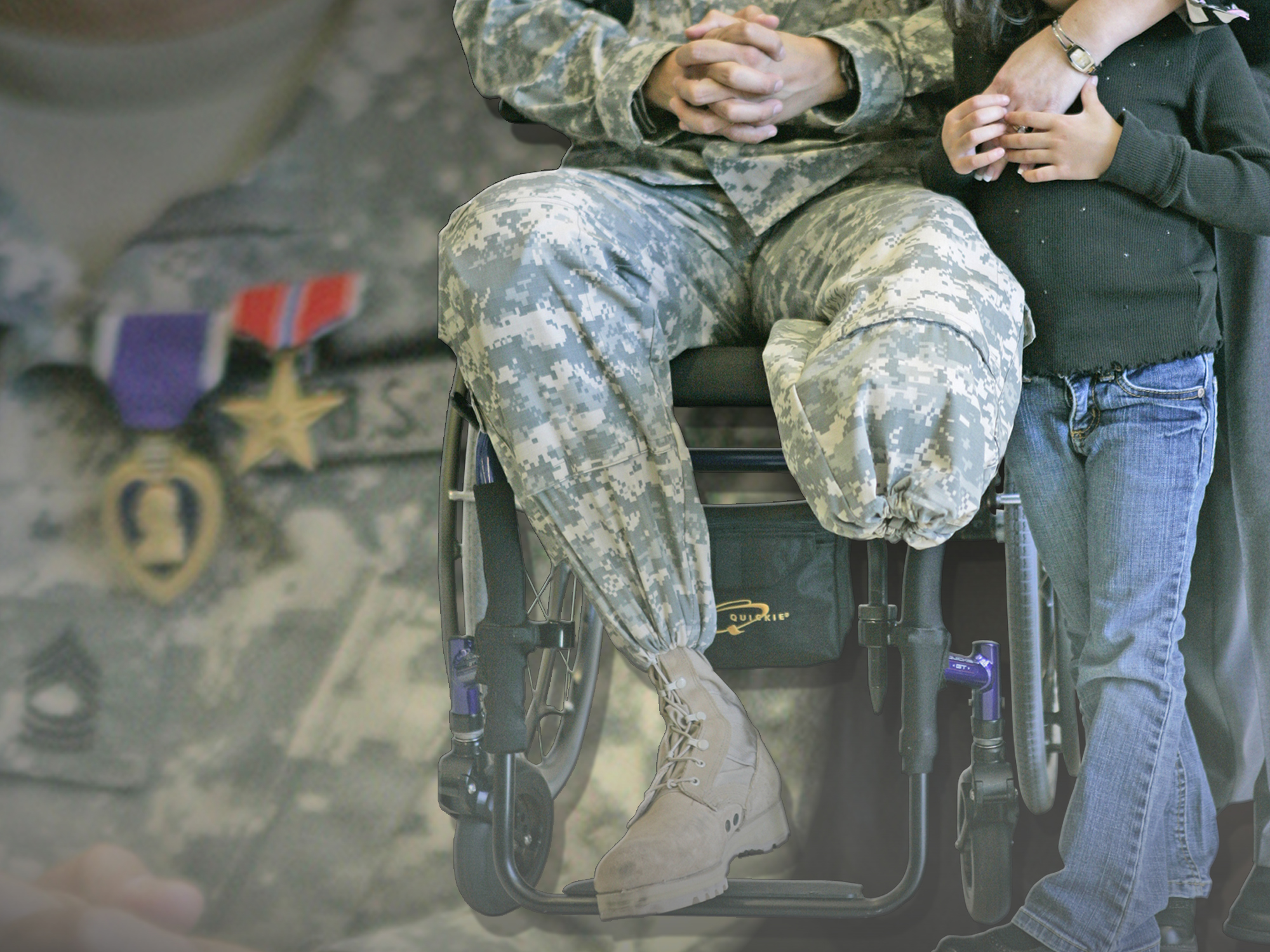 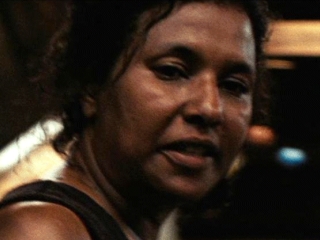 "This is most important thing I can ever teach y’all. You got to take care of people that’s smaller and sweeter than you are."

by - Miss Bathsheba (Beasts of the Southern Wild) 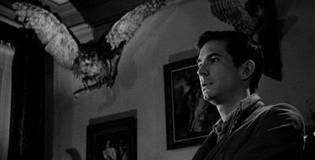