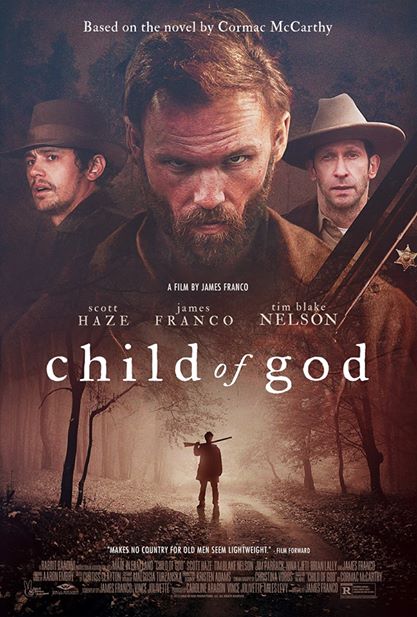 With Child of God, James Franco has thrown us a challenge gauntlet. How does thematic content affect the appreciation of a movie? When a disturbing message is presented artfully, is it justifiable? Is our moral compass askew if we find watchable a movie centered on a serial murdering necrophiliac? Should such a movie have a value judgment message written all over it, or rely on the intelligence of its audience to understand it?

Upon seeing Child of God, these questions keep popping up and this film can be best described as “disturbing.” Yet, is not that, in fact, what art is all about? The challenge to the comfortable qoutidien? With a film like this, the reviews will be mixed, no doubt.  Yet, this is a movie to watch, especially because the lead actor, Scott Haze, portraying Lester Ballard engrossingly (underline gross) has a good shot at several nominations later this year.

As a film, Child of God challenges all conventions of “likable hero” in a journey of transformation that gives us the most unlikable person that you could have as a protagonist—a social outcast falling into the darkest depths of human depravity. James Franco says he wanted to make a movie in which the point of view of the crazy mind is at the center of the story. Not observed, not valued – just lived through the film. The director’s touch is heavy handed in its stylistic mannerisms, but Franco has quite definitely made a mark with this film. A good one too, as he succeeds in his goal.

The source material, a novel by the same name by Cormac McCarthy, is said to be based on a serial killer that lived in the Tennessee mountains in the late 50’s and early 60’s. That man, Ed Gein, is claimed to have inspired three other deranged killer fictional characters: Norman Bates in Psycho, Leatherface from the Texas Chainsaw Massacre and Jame Gumb in Silence of the Lambs. All “children of God, much like yourself perhaps.” Disturbing.

A good review for this movie is by Manohla Dargis in The New York Times.

Cast: Scott Haze (Lester Ballard), Tim Blake Nelson (Sheriff Fate), Jim Parrack (Deputy Cotton) and, in a role to show us that not all outlaws are the ones behind bars, James Franco (Jerry). 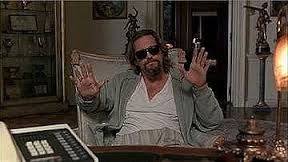