Rarely a man has had such influence on our culture, on an industry and, yes, on life itself as the influence Roger Ebert had. Life Itself is the new—and sure Oscar contender—documentary that chronicles his life, tracking this outsized influence in a matter of fact but loving way.

Talk about making lemonade out of lemons. Roger Ebert, who relished the spoken word, with his energy, zest and spirit did not let his illness ruin his life. After he lost his ability to speak he did not lose his voice. He became a prolific blogger and used the written word to champion not only, as always, films mighty and obscure but also causes close and dear to his heart. And a progressive heart that was. I would frequently and still do read his blog, now maintained lovingly by Chaz, his wife of many years. The web presence he created is now an active and diverse cinema forum.

While it could easily, and in less able hands, have fallen into a despairing pity fest when filming the last few months of Ebert’s life, Steve James—the outstanding documentarian behind this film—treats this subject clinically, as part of  Ebert’s routine. James uses the personal creative relationship he developed with Ebert to focus more on his impact on the cultural and news world from early life to last blog entry: “A Leave of Presence.”

If you go to movies, if you read movie reviews, if ever sometimes you signal likes and dislikes with your thumb, you owe much to Roger Ebert’s legacy—and you may want to watch Life Itself. Frequently producers of movies thank those who help make them. In this case, as a moviegoer, I thank the producers for making this film. 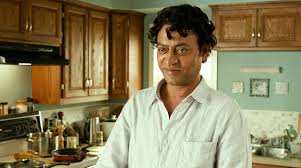 "I love the smell of napalm in the morning."